The Anti-Jeremy Corbyn People: How They Sound to Me

This article is excellent. It truly made me laugh out loud with its sharp witty caricature of the anti Corbyn crowd. not least of which is the Labour party establishment themselves.

The Anti-Jeremy Corbyn People: How They Sound to Me.

The outrage is perfectly understandable, but it is also more reasonable than some people seem to imagine. The family, friends and neighbours of Mark Duggan, the Londoner whose death at the hands of the Metropolitan Police in August 2011 triggered riots in big cities around the United Kingdom, were almost shaking with anger outside the High Court on Wednesday after hearing the verdict of the Coroner’s Inquest – that he was Lawfully Killed. When he was gunned down by an officer in the Operation: Trident unit, he was being pursued on suspicion of possessing an illegal firearm. Evidence that he had obtained the weapon a little earlier appears incontrovertible. He was in a taxi, travelling through Tottenham at the time he was cornered. After getting out of the taxi, one of the police, identified only as officer ‘V53’, convinced that Duggan was raising a gun to fire…

West Sussex County Council used bailiffs today (19/11/13) to clear the protest camp which has been outside Cuadrilla’s exploration site at Balcombe since July.

A statement by the council said: “As promised during the High Court hearing we have established a new designated protest area close to the entrance to the Cuadrilla site, and the siting of it was agreed with the protesters who have remained in the area. The protest area is bigger and on drier land and is also protected by safety barriers. This does clearly show that the County Council recognises the right of people to demonstrate peacefully and lawfully. However, it is important that people realise that any form of camping inside this area is not permitted.”

The last thing anyone needs right now is another Baron Sugar of Clapton or Lord fucking Prescott.  Too often social mobility is merely the elevation of class traitors, those who happily use their new found power to fuck over the people they left behind.

It shows how fractured society has become that social mobility is now considered the best that working class people can hope for.  If only a few more kids from state schools went to Oxbridge, or a few more MPs once had a real job, then all would be well and the system would be fair they would have us believe.

But what about all the kids who wouldn’t get to fucking Oxbridge even in this fake classless utopia.  The millions left abandoned so a few lucky bastards get to shop in Prada rather than Primark.  It wouldn’t make a blind bit of difference to the rest…

Back in April, the SKWAWKBOX started to expose how the government, via the Department of Work & Pensions (DWP) and David Cameron’s pet project the ‘Behavioural Insights Team’ (BIT), colloquially known as the Nudge Unit, was coercing benefit claimants to take an unvalidated, unscientific psychometric test devised by a US ‘torture guru’ by threatening them with the loss of their benefits if they didn’t comply.

The government claimed that this test was ‘scientifically proven’, but the truth turned out to be very different. The questions used in this psych test were cherry-picked from a larger test issued by a US organisation (the VIA) – and had been used without permission, effectively stolen. Complaints were made to and by the British Psychological Society, and to a healthcare oversight body (the HCPC), leading to the investigation of a top DWP psychologist for approving the use of the ‘test’, and a Guardian article

The only sensible way to deal with the insanity that is Universal Jobmatch.

Iain Duncan Smith’s plans to force claimants to spend hours a week endlessly searching for jobs on the Universal Jobmatch website* could become a laughing stock after the launch this week of an app which will carry out  jobsearch automatically.

According to their website, Universal Automation is a “browser extension which will automatically search for jobs on Universal Jobmatch and apply for them. It is the robot that will perform useless job search activities instead of you at a click of a button.”

In a humiliating blow to the DWP’s plans to turn Universal Jobmatch into a virtual workhouse, it seems that technology could make these plans redundant.  Whilst the app is in early stages of development this is exactly the kind of technological innovation that some analysts have claimed could replace up to half of jobs in the next couple of decades.

The Big Flaw in Capitalism- and why they won’t tell you. Conversely, during the ‘boom’ years the…

How to deal with an Atos mole and cunningly fake, complex Messiahs.

I’m an ordinary person who happens to be ill, and like many others, I also happen to have a few strong principles, a strong sense of fairness, justice and I am clear on what’s decent, right and wrong. I don’t want to be a leader of any kind, nor do I see myself as an “expert” on disability issues. I don’t believe we should be looking to individuals for answers, to speak for us, or to take responsibility for us. One size does not fit all: our individual challenges vary greatly, and so, therefore, will our individual solutions, and the level of support we may need.

So we need a broad variety of spokespersons to reflect a wide spectrum of needs within our community, and we ought to welcome such a pluralist approach and recognise our diversity as a great strength. Furthermore, much campaigning is about issues around social exclusion…

The very tip of the Iceberg

The number of families accepted as homeless by London local authorities has rocketed by 26% compared to the same period a year earlier.

4,230 households – almost all with children – were owed a main homelessness duty between April and June of this year.  These are families who councils have accepted they have a legal duty to help and only represent the tip of the iceberg.  Thousands more single people, families judged intentionally homeless, or those refused help for not meeting strict criteria, are also facing life without a home in the capital.

This huge rise came after the Government introduced a Benefit Cap for families at £500 a week in some parts of London from April this year.  Whilst this is unlikely to affect many households in Scotland, Northern England or Wales,  it has made much of the capital, and surrounding areas, unaffordable to families on benefits due to… 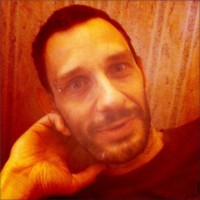 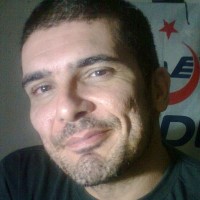 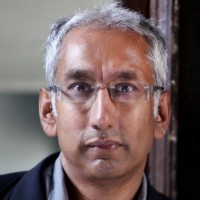 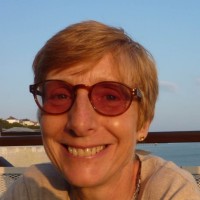 Finding the truth behind the lies and disinfo

This isn't just another WordPress.com site

"No future triumph or metamorphosis can justify the pitiful blighting of a human being against his will." Peter Zapffe

An Anarcho-syndicalist in the UK

The Diary of A Hampstead Mum

The Bard from the bar. Scottish views ,news and spews

blogging from a marxist economist

Stuff the mainstream media wont tell us about!

The purpose of Think Left is to present a view of politics from a left-wing perspective.

The Truth about the Illuminati

"I have long argued that the giving of offence, and even hate speech, should be a moral matter but not a matter for the criminal law. That is as true on the football pitch as on the streets. We should always challenge racism. We should also always challenge attacks on liberties in the guise of faux antiracism." Kenan Malik

Independent journalism on UK fracking, onshore oil and gas and the reactions to it